G. A. Renner Dies at 75; Wrote of Abuse Within Church 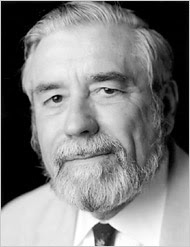 Gerald A. Renner, a religion reporter and editor who helped uncover a trail of sexual abuse accusations against the powerful founder of a Roman Catholic religious order, the Legionaries of Christ, died Wednesday in Norwalk, Conn. He was 75 and lived in Norwalk.

The cause was abdominal cancer, said a son-in-law, Franz Lidz.

While he was a reporter at The Hartford Courant, Mr. Renner and a freelance writer, Jason Berry, wrote investigative articles for the newspaper about nine former Legionaries seminarians who said they had been sexually victimized over two decades by the Rev. Marcial Maciel Degollado, the order’s founder.

The order, begun in Mexico, is based in Rome and has its American headquarters in Connecticut.

After Mr. Renner retired from The Courant, he and Mr. Berry wrote the book “Vows of Silence: The Abuse of Power in the Papacy of John Paul II” (Free Press, 2004).

It argued that the Vatican had known of the accusations but had failed to discipline Father Maciel because of his ties to Pope John Paul II, who was pleased with the Legionaries’ growth and theological conservatism.

The book helped keep attention on the case after John Paul died and was succeeded by Pope Benedict XVI.

In 2006, Pope Benedict removed Father Maciel, then 86, from public ministry and asked him to devote his life to “prayer and penitence.”

Mr. Renner, a Philadelphia native, attended parochial schools and graduated from Georgetown University. He was a reporter for the Navy during the Korean War and later for The Reading Eagle in Pennsylvania and the United Press.

Mr. Renner was associate director of public information for the Catholic bishops conference in Washington from 1965-1967.

He was later vice president of the National Conference of Christians and Jews.

From 1976 to 1984, he was the editor and director of Religion News Service, then based in New York and affiliated with the National Conference.

He is survived by his wife of 50 years, Jacquelyn Breen Renner, of Norwalk; five children, Margaret Lidz of Landenberg, Pa., Anne Victoria Canevari of Stratford, Conn., Mary Yordon of Norwalk, Andrea Ipaktchi of Paris, and Jack Renner of Manhattan; a brother, Richard Renner of Lutherville, Md.; and 10 grandchildren.

Sotto Voce: in many ways, the late G.A. Renner opened the Pandoras Box which had been ignored for many years by those in the hierarchy not just in USA but also in the Vatican...only for his devotion to his work, the RC Church in USA would not now be experiencing the overall renewal of trust between clergy and laity alike that is now seen as necessary.

His work gave those who were abused a voice to which others had now to sit up to and take notice having had shown a deaf ear previous and those who abused were also given a sense of relief at now being able to now confess to their misdemeanours and make reparations for their deeds.