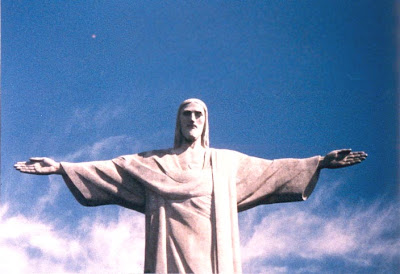 Besides Brazil, Spain and England also want to host the event, Archbishop Geraldo Lyrio Rocha, president of the National Conference of Brazilian Bishops, said at a news conference.

However, the press conference was the first time church leaders publicly announced the country's interest in hosting the event.

He said the cities of Rio de Janeiro and Belo Horizonte were likely venues.

The next World Youth Day, which is held once every three years, will be in Sydney, Australia in July of 2008.

The event was last held in Cologne, Germany in 2005.

Since the WYD is a big, big event for Neo-Cats, they'd be stupid to go to England in 2011.

Why not Alaska in mid-winter? At least they'd be motivated to keep their kit on.