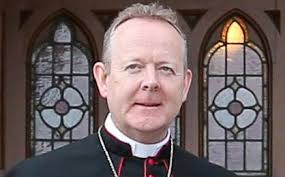 The head of the Irish Church has said the synodal synthesis document, which is due to be published next month, will reveal many challenges for the handing on of faith in Ireland.

In his homily at the annual Mass and investiture of the Equestrian Order of the Holy Sepulchre of Jerusalem in St Patrick’s College Chapel, Maynooth, Archbishop Eamon Martin stressed the need for communion amid concerns over a polarisation of views emerging over the synod.

“Concerns have already been expressed in Ireland, and around the world, that the synodal discussions could damage, rather than create, communion in the Church,” he told the assembled Knights and Dames.

He said it was “vitally important” to work together in Ireland to ensure that the ongoing synodal journey avoids divisiveness and polarisation of views, or degenerates into a “them and us” adversarial process which “loses sight of our shared belonging within the Church of Christ”.

According to the Primate of All Ireland, the synodal synthesis will acknowledge the impact of a major decline in the practice of the faith, and in vocations to priesthood, to the religious life and to sacramental marriage.

Many of the thousands of people who took part in the consultations over the past nine months called for greater transparency, participation in decision-making and accountability within parish and diocesan church structures.

“We have heard about the importance of renewing our connection with the energy and gifts of our young people and of finding fresh models of responsibility and leadership which will especially recognise and facilitate the role of women, as well as men.”

The listening process also identified the need to reach out to those who have left the Church and, in some cases, feel excluded, forgotten or ignored.

Underlining that this is not a time to “hunker down and try to wall off the vineyard of the Lord from the challenges of the world around us”, Archbishop Martin said the next chapter in the life of the Church in Ireland will be different to the last, and the Church may find itself increasingly marginalised in public debate.

Separately, the Association of Catholic Priests (ACP) has expressed its full support for the Irish bishops’ adoption of the Synodal Pathway as the way forward for the Catholic Church in Ireland.