IRL : Casey's real legacy is a society freed from dogma 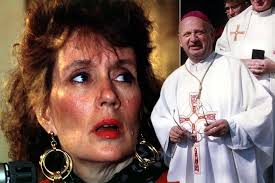 Every avalanche starts with a single stone.

So it was with the Catholic Church in Ireland and Eamonn Casey was that stone.

Though his transgression - fathering a child and covering up the birth - was minor in the context of the many subsequent, horrifying, scandals that have rocked the church, it was no less significant in its impact.

The revelation that Casey - at the time the best known and most popular cleric in Ireland - had a child shook Catholic Ireland to its very core.

Younger readers - brought up in a world where Father Ted is a comedy staple - may find it hard to comprehend the impact the scandal had on Irish society.

While it is only 25 years ago, Ireland in 1992 was a very different place.

Divorce wouldn't be legalised for another three years, homosexuality was still a criminal offence and there were still strict restrictions on contraception.

This was all largely due to the omnipresent and overbearing influence of the church who still maintained their centuries old stranglehold over Irish society.

All that changed with the Casey revelations.

The hypocrisy of the church was exposed in the full glare of the media and no longer could the clergy force themselves on the people as guardians of all that was right and proper.

For the first time the people and the press began to openly question the church, its inner workings and the policies it espoused that had helped keep Irish society in the dark ages compared to the rest of the western world.

The Casey scandal - which seems utterly inconsequential in the context of clerical child rape and dead babies in slurry pits - transformed how we think about the church in Ireland.


For that, perhaps, we owe Bishop Casey a debt of gratitude.

It may not be the legacy he would have desired but it is a legacy that helped change Irish society for the better.
EDITED BY CW Team