'I gave birth to my child on a metal table at 18, alone in a room in a convent' 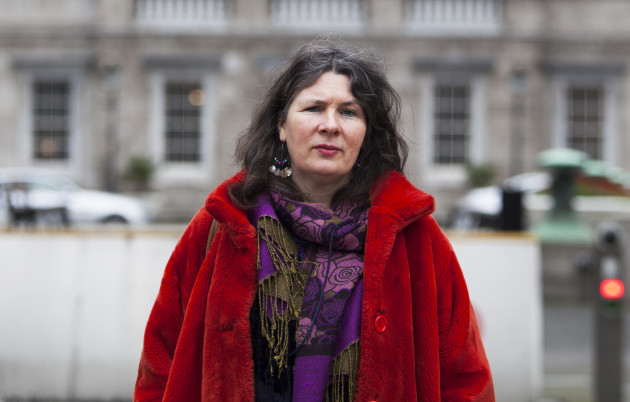 DEIRDRE WADDING WAS 18-years-old when she entered the Bessborough mother and baby home in Cork.

It was 1981, and though Wadding said she was not a victim of “cruelty or physical abuse”, she, like the other girls at the home, suffered emotional and psychological abuse that would stay with them for the rest of their lives.

“I shared a room with a girl who was only 13-years-old, she was a child. I was 18, she sobbed her heart out for her mother every night and I mean it was incredibly, incredibly traumatic,” she said.

“The trauma of banishment, you had the trauma of guilt and shame that was imposed by the very fact of being there. You had the enormous trauma and sorrow of loss of your child being placed for adoption and that’s something that’s left a lasting impact on my life.”

Speaking to TheJournal.ie earlier today, Wadding, who is a People Before Profit councillor in Wexford, explained that all of the girls in the convent were given a new name that they could pick themselves – she chose ‘Ciara’.

“I learned to walk down a corridor and be called from behind by the name Ciara and turn around. Now that psychologically does something to someone, that creates dissociation and it’s as if everything can be suppressed and assigned to Ciara,” she said.


“Ciara had those experiences at Bessborough, not Deirdre. Deirdre came out, you know, put the lid on it and acted as if it never happened. I learned to not blink an eye if a conversation about adoption went on in my presence and just mask it all – and that’s incredibly damaging.”

‘A life sentence – having your child taken away’

The pregnant girls and young women at the home were given all of their medical care in-house, according to Wadding. They never left to see doctors, they had no antenatal visits, they did not even go to a hospital to give birth.

Everything happened in a room in the covent. I gave birth to my first child on a metal table, induced at the age of 18, alone in a room in Bessborough convent. In terms of treatment, in terms of psychological, mental and emotional abuse that’s enough, that’s enough. I think it was the whole sense of you’re a pariah, you’re a pariah and somehow being punished for the crime of being a normal, natural, sexual human being. So we were punished for a crime that didn’t exist and that punishment was a life sentence – it was having your child taken away.

Wadding said that her medical records from Bessborough note she was “induced for social reasons”.

“In other words, before the cover story would run out. Get me home as quickly as possible. And as a result, I believe, of being induced, I had a very tough birth. I was 18-years-old so I had nothing to compare it with, but it was extremely tough and I finally was delivered through suction and forceps and so had an extremely severe episiotomy and physically that was very traumatic,” she said.

I hemorrhaged on the table and as a result of that I was not allowed out of bed for three days and in those three days nobody brought my child to me. I didn’t see him for three days, I saw him on the same day that I left him and that’s haunted me, that has haunted me all my life.

‘I could never be Mammy’

She was eventually reunited with her son, but the damage has been done.

“One of my greatest emotions around it in terms of shame – it’s not the shame for getting pregnant – it’s the shame for somehow allowing myself to be manipulated into letting my child go and that is something that I haven’t quite let go of, even after therapy and years of working on it.

There is no compensation that could make up for the “years and years of having that motherhood taken away from you”, she said, but justice for her would mean “full and frank acknowledgement” from all of the religious orders and facilities involved.

And she did manage, through the pain and the trauma, to take something good from her experience at Bessborough.

“The positive was the solidarity between the girls there and that’s something that I’ve carried with me, that actually standing together makes people stronger and how we can support each other in times of greatest crisis.”