A leading trade union has called for two bishops to resign for permitting a ‘culture of bullying’ in Worcestershire Diocese.

Unite the Union has called for the Rt Rev John Inge, Bishop of Worcester, and the Rt Rev David Walker, the Suffragan Bishop of Dudley, to step down immediately for ‘washing their hands like Pontius Pilate’.

According to Unite, the Rev Mark Sharpe, Rector of Teme Valley South, and his family have suffered years of abuse in a ‘toxic parish’.

The vicar claims that his car tyres have been slashed, that their pet dog was poisoned and that the family’s health has suffered because of asbestos and damp problems in the vicarage.

Mr Sharpe, and his four children, left their home at Hanley Broadheath on Wednesday this week after eviction proceedings were started.

Unite claims there has been a campaign of intimidation from parishioners ever since they moved to the rectory in 2005. Rachael Maskell, Unite National Officer, Community and Non Profit Sector, said: “The two bishops have washed their hands like Pontius Pilate – and, unfortunately, we know of other cases in the diocese where a culture of bullying, neglect and poor housing for members of the clergy prevails. The two bishops should resign immediately, as should the Diocesan Surveyor and Diocesan Registrar.’

“Unite would like the Archbishop of Canterbury to order an investigation into the events surrounding Mark and his family.”

Mr Sharpe says the harassment began after he raised questions about the parish’s admin and financial problems in 2005.

“There have been too many incidences of harassment over the last four years for them to be the odd coincidence.

“I need the Church to compensate us for the damage that it has caused so that we can rebuild our lives. Those who have failed us should also be asked to account for their actions. The Church of England also needs to recognise that it has a duty of care to their clergy generally, especially when they have a difficult parish.” 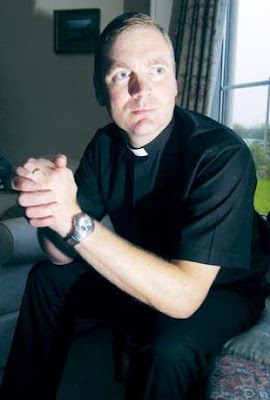 The diocese of Worcester said: “The Rev Mark Sharpe decided to resign with effect from September 7, 2009 and it was agreed that he would leave the rectory by October 31, 2009.”

The statement continued: “He has been living in the property since his resignation and no enforcement proceedings have been commenced or prepared. His lawyers have been given an assurance that proceedings would not be commenced without there being notification to them beforehand.