Church of England bishop nominated for bigot award by gays 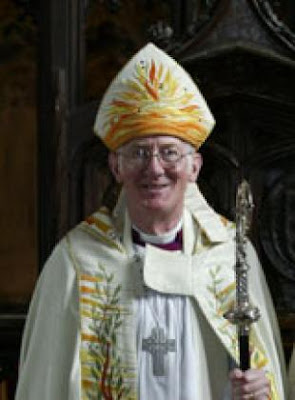 A homosexual campaign group has nominated the bishop of the Church of England diocese of Winchester as ‘Bigot of the Year’ after he said people should be free to question whether homosexuality is a fixed trait.

The Rt Revd Michael Scott-Joynt is joined on the nomination list by Dr Sheila Matthews, a doctor who nearly lost her job earlier this year because of her concerns about same-sex adoption.

The awards will be handed out at a ceremony sponsored by Barclays Bank to be held at the V&A museum in London on 5th November.

The Bishop of Winchester made his comments while speaking in a Parliamentary debate on free speech.

While the bigot award will be subject to a public vote, other prizes will be judged by a panel including Work and Pensions Minister Angela Eagle MP.

This year’s Stonewall ‘Hero of the Year’ award could go to nominee Scott Rennie, who recently became the Church of Scotland’s first openly gay minister.

Stonewall Chief Executive Ben Summerskill said: “In Stonewall’s 20th anniversary year, we’ve had the opportunity to celebrate the heroes of the gay equality movement from the last two decades.”

Last year, Christian registrar Lillian Ladele was nominated in the bigot category. Miss Ladele was bullied and threatened with the sack by her employers at Islington Council after she asked to be exempt from registering civil partnerships.

Earlier in the year, Mrs Robinson had come under fire for using the biblical term “abomination” to describe the practice of homosexuality.

“I was very careful in saying that I have nothing against any homosexual,” she said at the time. “I love them; that is what the Lord tells me, to love the sinner and not the sin.”

She later added: “Anything I say is out of love. I am not hate-mongering. I cannot leave my Christian values hanging at the door when I go into politics.”

Congratulations to these award winners. Hopefully more courageous Christians in the UK can do better in the coming year.