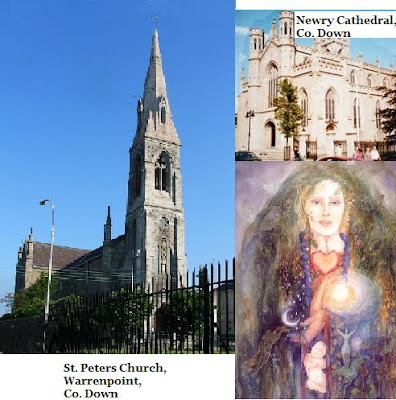 A number of religious items have been stolen from two Catholic churches in County Down.

The book of gospels, the mass missals and other books of prayer were stolen from the altar of Newry Cathedral and replaced by scripts worshipping a pagan goddess.

Meanwhile, in a separate incident, the Monstrance which displays the Host, was taken from St. Peter`s Church in Warrenpoint at lunchtime on Tuesday.

The Parish Priest of Warrenpoint Canon John Kearney is appealing for those who took the vessel, to return it:

"I have turned it over in my mind and just don`t know why.

I am not in a position to judge anyone but we would make an earnest appeal that they would bring back the host that was taken on Tuesday."

The Adminstrator from Newry Cathedral Father Terry Rafferty said the community was appalled at what had happened in Newry: