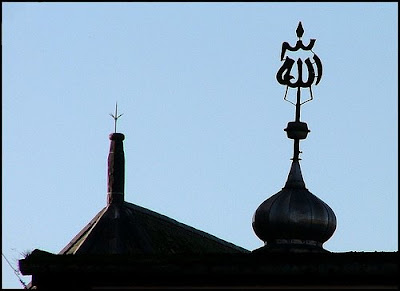 Muslim scholars make a rare visit to the Vatican next week to discuss with Pope Benedict and Roman Catholic experts how to overcome mutual suspicion and ignorance between Christianity and Islam.

Twenty-four signatories of A Common Word, a Muslim call to dialogue with Christianity issued last year, will assemble in Rome from around the Islamic world for the November 4-6 talks, the first annual meeting of a new Catholic-Muslim Forum.

The meeting, following talks with U.S. Protestants in July and Anglicans earlier this month, will take place one week before Saudi King Abdullah visits the United Nations to promote a parallel interfaith dialogue he launched last summer.

These meetings reflect a new urgency Muslim leaders have felt in recent years after the September 11 attacks, the "clash of civilisations" theory and Pope Benedict's Regensburg speech showed a widening gap between the world's two largest faiths.

Common Word signatories say their meetings have forged new bonds with Christians, including U.S. evangelicals wary about Islam, and helped both sides shed stereotypes to see shared teaching about the need to love God and neighbour.

"We go to Rome with an open heart and good spirit and hope to achieve more and more in the months to come," said Libyan theologian Aref Ali Nayed, senior adviser to the Cambridge Interfaith Programme.

With 1.1 billion followers, Roman Catholicism is by far the largest church among the world's 2 billion Christians. Islam has 1.3 billion faithful but no central authority like the Vatican to speak for itself or its main schools of thought.

Using the Islamic principle of seeking consensus, the Common Word manifesto has assembled 271 religious leaders and scholars from Sunni, Shi'ite, Sufi and other traditions in the Middle East, Asia, Africa, Europe and North America.

Its Rome delegation includes an Iranian ayatollah, Bosnia's grand mufti, a Jordanian prince, academics from across the Muslim world and U.S., Canadian and British converts to Islam.

In contrast to some churches that promptly welcomed A Common Word, the Vatican has been cautious in responding to its call for a theological dialogue aimed at showing common beliefs.

Catholic bishops from around the world backed that message at a synod in Rome this month, adding any dialogue must stress rights for both men and women -- a challenge to strict Islamic states like Saudi Arabia that limit women's rights.

The Common Word meetings focus on understanding how each faith believes what it does. One way to do this is to read Koran and Bible passages together and explain them to each other.

Rev. Christian Troll, a German Jesuit expert on Islam who will be in the Vatican delegation, described the approach as a kind of interfaith Golden Rule: "Try to understand the other's faith as you would like your faith to be understood."

The Rome meeting will spend two days discussing theology and human dignity in private before a public session the final day.

As Common Word meetings have progressed, participants have stressed the need for practical results. Among their ideas are exchange programs to educate preachers about each other's faith so they avoid spreading false views about them.