Has the Church lost the plot over babies’ graves? 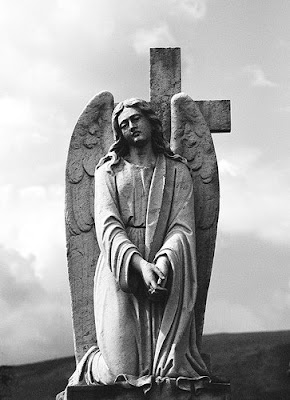 Wasn’t the sight of protesting relatives of dead children at Belfast’s Milltown cemetery one of the most heartrending of the week?

Due to a mistake by Catholic Church officials in redrawing the cemetery's boundaries the bodies of hundreds — if not thousands — of infants and stillborns in unmarked plots now lie beyond the official burial ground and in the Bog Meadows, which is owned by the Ulster Wildlife Trust.

Which, when you think about it, is some mistake.

A wooden fence now separates the infants — most of whom died in the 1950s and 1960s — from the cemetery proper.

Much of the area — quite rightly for a nature park but not for a last resting place — is now overgrown with trees and bushes.

Can you imagine the pain and distress of the relatives? As if their little ones had been forgotten. Yet it’s not they who are guilty of forgetting ...

Further — though it may in these Richard Dawkin’s times seem sentimental — many relatives will be heartbroken by the idea of their little innocents being separated from other family relatives also buried in Milltown.

The mind seeks many comforts in griefs. It isn't up to the Catholic Church to cackhandedly take away a single one of them.

Relatives have spoken of their devastation at the feeling that the graves of loved ones have been treated with total disregard.

According to some reports, the matter was raised as long ago as April. Yet there still seems to be bureaucratic foot-dragging in sorting out the issue.

As relatives demand a profound apology from church authorities, spokesman Fr John McManus, claiming that the authorities were only recently aware of the problem, said: “A number of meetings between the cemetery trustees and the Ulster Wildlife Trust have already taken place with a view to resolving the matter ... we apologise for any distress caused and wish to assure everyone involved that the matter will be resolved as soon as possible.”

A number of meetings? Resolving the matter? Any distress caused? Everyone involved? The matter?

Sounds more like the corporate mea culpas you'd get from Translink for the late arrival of the 9.27 from Bangor due to construction work on the line and not one from a body which believes itself responsible for the spiritual welfare of its believers — and for the temporal care of their bodies.

How could anyone draw comfort from such a bland statement?

Besides, there's an awful lot of ‘resolving' in the statement. What's to resolve? If it's a case of a simple — if mind-stunningly horrendous — mistake, surely it’s just a matter of the church tearing down the fence and reclaiming the land?

According to the Ulster Wildlife Trust they are awaiting maps, which are currently being looked for by Milltown authorities. As the nub of the nightmare is one of boundaries, surely the church authorities should get their finger out a bit quicker than this and find those maps?

Naturally, considering the deplorable and crass error by the relevant cemetery authorities, relatives are calling for the church to build a permanent monument to the Bog Meadows’ babies.

The church says a memorial for all infants and stillborns in unmarked graves was erected six years ago.

This simply won't do. If anything, the Catholic Church are masters of symbolism. They must know that more is called for to heal the hurts caused by this debacle.

The first thing they have to do is get this fence torn down and fast. Those remains need to lie in Milltown Cemetery — not the Bog Meadows.

They should be returned to their proper ground. That's the core symbolism.

Then the Catholic hierarchy have to don deserved sackcloth and ashes in public atonement for such a horrendous error which opened afresh the grief of decades.

The angels plot and the young people's graves in Glasnevin cemetery in Dublin city would break your heart. The dead children's memorabilia at the graves testify to the depth of their parents' and families' grief.

This was an appaling mistake and the border should be redrawn and the graves tended without any further ado.

And the corporate shite that passes for an apology. You are right. It is on a par with the lame excuses of the transport companies who now gaily tell you that your train is delayed due to the lateness of an incoming train. And who was running the incoming train. Give us a break.