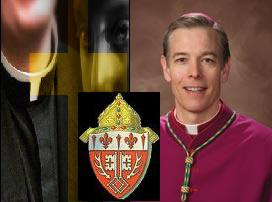 Sample, who did not disclose details of the allegation, said there was enough evidence that the sexual abuse happened.

The diocese received a complaint last September and it has already extended counseling to the victim.

The Catholic Church's Diocesan Review Board for the Protection of Children and Young People investigated the allegation, and the case has been sent to the Vatican and to civil authorities. Hasenberg will go through church and civil court trials.

Hasenberg was also removed from his residence at the rectory of Immaculate Conception Parish in Watersmeet.

In a related development, a jury in Winnebago, Wisconsin will decide in November whether Father Norbert Maday, 70, who sexually assaulted two boys in the 1980s should be classified sexually violent and remain under state control until fully recovered from mental disorders.

Maday, a former associate pastor of Our Lady of the Ridge Parish in Chicago Ridge, Illinois, was convicted in 1994 of sexually attacking two altar boys while on a church outing in Oshkosh in 1986.