'Angels and Demons' on the Silver Screen 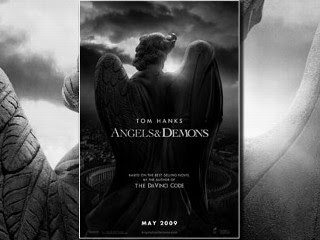 For the second time, controversial writer Dan Brown's words are coming to life on the silver screen in the movie adaptation of his best-selling novel "Angels and Demons," scheduled for release in May 2009.

Like "The Da Vinci Code," which was released in 2006 to mixed reviews but undeniable global popularity, "Angels and Demons" stars Tom Hanks as Harvard religious expert Robert Langdon, and Ron Howard is directing.

Though the movie will not be released until May, a trailer can be viewed at AngelsandDemons.com a little later today.

The suspense thriller follows Langdon on a globetrotting, secret door-finding adventure during which he meets a beautiful Italian scientist who joins in a hunt for truth. At the center of the action is a mysterious, ancient group called the Illuminati and its most-despised enemy: the Catholic Church.

The Catholic Church has been a recurring element in Brown's work and the source of much offscreen controversy.

In June, the church banned producers from filming key scenes in any church in Rome on the grounds that the book is "an offense against God," a Catholic Church spokesman said.

The slight was not directed at the script or the film's producers, Rome Diocese spokesman Monsignor Marco Fibbi said at the time, but rather at the book's author.

"Normally, we read the script, but this time it was not necessary," Fibbi told the Ansa Italian News Agency.

"The name Dan Brown is enough."

Members of the Catholic Church denounced "The Da Vinci Code" as a novel when it came out in 2004, and its film version in 2006.

A subplot of the book included a theory in which Jesus married Mary Magdalene and fathered their children -- an idea Fibbi said was "morally offensive" and "harmful to religious feeling."