Historic year was a time of great change for churches 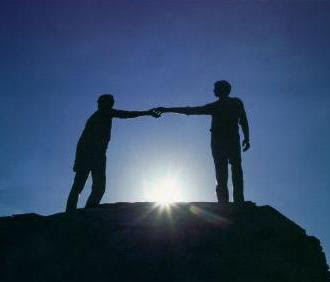 One of the most surprising ecclesiastical developments in 2007 was the announcement that the Rev Dr Ian Paisley will step down as Moderator of the Free Presbyterian Church early in the New Year.

The demise of Dr Paisley as the Moderator of a Church which he founded and nurtured is an indication of the momentous change in politics here. Many people are unsure whether he "jumped" or was pushed, but the appearance of a small group of protesters outside the Church's annual meeting last year was a sign of the times.

Ian Paisley, so often the firebrand outside the Establishment, probably had to pay the price of leadership by agreeing to share power with Sinn Fein.

Free Presbyterians are conservative, and many felt that their Moderator took a step too far. Dr Paisley's successor is unknown, but it may be a holding figure rather than one of the current Moderator's arch-critics such as the Rev Ivan Foster, who, some people feel, lacks the necessary charisma.

There were other notable changes in 2007.

The Church of Ireland elected a new Primate last January, and Archbishop Alan Harper has already stamped his own mark on an office so long-shaped by the retiring Primate, Archbishop Robin Eames.

It has been a sad year, too, for the Anglicans, with the untimely deaths of the Rev Tom Priestly in Belfast and Dean Desmond Harman in Dublin. Next summer the Lambeth Conference will be the focus of attention but it is unlikely if the Anglican Communion can avoid a schism over the vexed question of same-sex relationships.

The Methodist Church locally made international headlines when a former President, the Rev Harold Good, won the World Methodist Peace Award for his reconciliation work in Northern Ireland, and in June the current President, the Rev Roy Cooper, was installed at the annual meeting in a Roman Catholic Church in Cork - an historic development in itself.

The Presbyterian Church also made headlines this year by finally deciding not to sell Church House and by holding an excellent conference on Loyalism in Whitehouse church.

The Moderator, the Rt Rev Dr John Finlay, a quiet man, has chosen a low profile, and says little, but sadly last weekend there was controversy (perhaps avoidable?) over a difference of opinion between two churches about Christmas morning worship in Portadown.

The Roman Catholic Church in Ireland has had an historic year, with the elevation of Archbishop Sean Baptist Brady to the College of Cardinals. It was a popular and deserved appointment, and Cardinal Brady will continue to add to his stature as a quiet but effective, and perceptive leader and ecumenist. The big question for 2008 is whether or not Pope Benedict will come to Northern Ireland to complete the pastoral visit of Pope John Paul II.