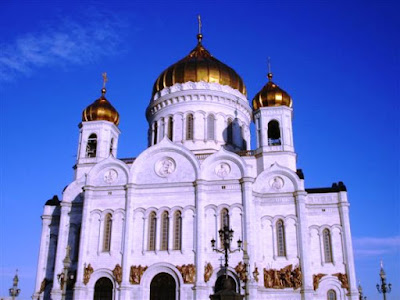 The Synod decision stresses the need to continue the efforts taken by the Department for External Church Relations in the dialogue with the Chinese, to normalize the situation of the Orthodox Church in China.

"Under difficult conditions, numerous Orthodox believers in China have retained the Christian faith and canonic tie with the Mother, Russian Orthodox Church," the session participants said, and their opinion is cited in the Synod's final documents.

I always enjoy your posts. However (You knew there'd be one, didn't you?) the colors on your site, while they have a very clerical -- not to say Franciscan -- look, are difficult to read except under optimum conditions.

At the moment, for example, I am reading on my laptop in the departure lounge at Miami International. Even with my brightness and contrast at maximum, it is difficult for my old eyes to handle some of the material on the site.

Since one presumes that your primary purpose is to communicate with as many folks as effectively as possible, you might consider changing the template to something with higher contrast.