Why more and more of us are saying 'I don't!' 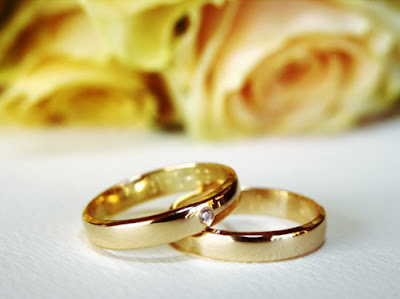 We imagine that all women want weddings.

That they long for the day when they'll drift down that aisle in a dress of their dreams.

Marriage, it seems, is going out of fashion.

British statistics show that by 2031, married couples will be in the minority.

The number of couples eschewing marriage has increased by 65pc in the past 10 years.

There are now 2.3 million co-habiting couples.

The same trend is happening in Ireland.

The 2006 census showed that co-habiting couples are the fastest growing family type.

Only a third of those couples had children; but in Dublin city, less than one in five households were made up of the traditional family of husband, wife and children.

Does this matter in our enlightened age?

According to the UK's Focus on Families report, children do better within marriage.

Seventeen-year-old children of co-habiting couples had done less well at school, and the children of single mums tended to be less healthy too.

Legally, it is better to be married too; particularly if you are a dad.

It's something that Pól Ó Conghaile, author of That's My Baby, pondered over when his girlfriend Lynnea was expecting baby Rosa.

"As an unmarried father, I have no statutory rights," he writes to his unborn child. "My name may appear on your birth certificate but I am not automatically your legal guardian. I may become a joint guardian only provided your mother and I sign a statutory declaration. We will, of course, but thinking about it all, my ship feels suddenly unsteady."

Pól and Lynnea are now engaged.

Couples taking pre-marriage courses at MRCS Counselling are often parents of babies and older children. And they're not just marrying for legal reasons.

"They are marrying for emotional reasons, and for what is best for the children," says Doreen Condon, a counsellor with MRCS.

"In my experience, most people in Ireland want marriage; and, according to various studies, this is not the case internationally. When people here have children, they want to create that safe, secure environment that they feel comes with a marriage contract."

"There are some," he says. "And they seem contented enough. I do have a suspicion, though, that one partner is less keen on co-habiting than the other; although they go along with it, they are secretly hoping things will be formalised."

When it comes to the second time around, though, couples tend to co-habit for a long time before they consider making that commitment.

"Where trust has broken down and there has been a sense of betrayal, it will take a long time for that person to trust again," he says. "And if you were the one who wanted out, it affects your confidence. You think: 'Am I right in making this decision, or will I be making the same mistake again?'"

Victor Murphy, 38, and Máire O'Mahony, 30, have been seeing each other for five years and have lived happily together for the past three. And they don't see any need for that piece of paper to formalise things.

"It's just not an issue," says Máire. "When you say 'marriage' in Ireland you think of that whole Catholic marriage, and that is something I have never, ever aspired to."

Victor agrees. "It's the thought of that whole church thing which is twisted and is dominated by men," he says. "Ours is a very equal relationship. Marriage vows are about the subservience of women. It just does not seem equal."

What about the legal issues; and about the saving in tax?

"Money does not make you happy," says Victor, who runs restaurants, bars and clubs.

Máire is an artist. Her work can be seen, until 23 October, in a group show titled Scissors Cut Paper at the Monster Truck Gallery on Francis Street.

The next big event in her life will be the birth of her first baby, due in six weeks' time.

Will that make a difference to the way the couple feels about marriage?

"Family values are great," says Victor. "Children want and need stability. If two people can live together and bring up children that is wonderful. But marriage is simply of no consequence. None."

Máire, though, is beginning to waver. She likes the idea of celebrating the family unit in some way. What will Victor do if she ever decides she wants to be married?

"I love her so I would go along with anything that makes her happy," he says. "But marriage, to me, really is not relevant."

Sarah Webb and Ben Cooke have two children; Amy, 4, and Jago, 10. They've been living happily together for almost eight years now, and have no immediate plans to marry.

"It's just not an issue," says Sarah, author of When The Boys Are Away. "I have a son, Sam, from a previous relationship. I had him when I was 24; he's 13 now. I wasn't married then, and it wasn't a problem; so having another child when I wasn't married didn't seem like a big deal. I have friends who are separated and divorced; it's the strength of the relationship that matters, not some piece of paper."

"Sam's father got married last year. Sam was an usher and we all went. He did ask, then: 'will you and Ben ever get married?' And I said: 'Maybe. Sometime down the line.' He accepted that.
"We're always going to weddings; there was a rash of them two years ago. People always ask us why we're not married; especially if they are happily married themselves. They just don't get it. And it's not that we're anti-marriage; we just haven't seen the need for it."

"When my cousin got married to her female partner it was a wonderful celebration. That did make me think: 'If they can do it against all the odds, maybe we should.' A wedding is lovely for both families. "

"We would pay less tax if we were married, but that's not a reason. We once went to a wedding of a couple who had been together for many years. On their invitation it said: 'We're marrying as a triumph of taxation over free will.' That's awful!"

"We've made a will, and though fathers' rights can be an issue, Ben knows he can trust me. Sam's father had always played a strong role in Sam's life; Ben can see that. Sam still sees his grandparents on his dad's side as well. I feel, strongly, that the more people who love a child the better."

"If one person wants to marry and the other doesn't, that could be difficult. We have discussed it and we are both comfortable with it."

And these days celebrities too are reluctant to walk up the aisle, despite the pressure on them to provide the society pages of the glossy style mags with glamorous wedding photos.

Actress Helen Baxendale, star of Cold Feet and guest star on Friends, has said she has no plans to marry, despite having given birth to her third child last year with her partner David Williams.
"I'm not religious so I can't see a need for marriage. I think it is monstrous how the British government is trying to manipulate people into marriage using the tax laws and penalising people for being single. We have been together for 10 years, we love each other and that should be enough."
+++++++++++++++++++++++++++++++++++++++++++++++++++
Disclaimer

Personally I'm pro-marriage but I do wonder . . .

With the biologists forecasting vastly extended longevity for those born today, even as far as 180 years, people could be married for 160 years.

I quail at these prospects.