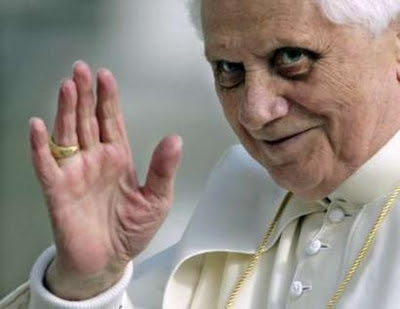 Politicians and pharmacists in Italy responded angrily on Tuesday to an appeal by Pope Benedict for pharmacists to refuse to dispense drugs such as the "morning after pill" if they object on moral grounds.

The Pope told an international conference on Monday that pharmacists should be guaranteed the right to conscientious objection in cases where medicines they distribute can block pregnancy, provoke abortion or assist euthanasia.

Health Minister Livia Turco said that while the Pope had the right to urge young people to be sexually responsible, he could not tell professionals such as pharmacists what to do.

"I don't think his warning to pharmacists to be conscientious objectors to the morning after pill should be taken into consideration," she told daily Corriere della Sera.

Benedict did not mention any specific drugs but appeared to refer to the morning after pill, which can stop ovulation if taken within about 72 hours of sexual intercourse. It is available only by doctor's prescription in Italy.

He also referred to RU-486, the so-called abortion pill, which is available on an experimental basis in some Italian hospitals. It blocks the action of hormones needed to keep a fertilized egg implanted in the uterus.

Franco Caprino, head of pharmacists' professional group Federfarma, said that by law pharmacists had to distribute medicine prescribed by a doctor.

"We can't be conscientious objectors unless the law is changed," he said.

While some politicians defended the Pope's right to speak his mind and the right of pharmacists to be conscientious objectors, others criticized him.

"The Pope's appeal to pharmacists to refuse to sell the morning after pill is a very heavy interference in politics and Italian life," said Lidia Menapace, a senator of the Communist Refoundation party.

The Church teaches that artificial birth control, abortion and euthanasia are wrong. It holds that nothing should block the possible transmission of life, which it teaches starts at conception and ends at natural death.

Italian media interviewed pharmacists who are practicing Catholics. Some said they were obliged to put aside their personal beliefs and sell the prescribed medicine, while others said they preferred to ask a colleague to do so.

The morning after pill, sometimes referred to as emergency contraception, has stirred controversy in other countries such as the United States, where some forms are available to those aged 18 and over without a prescription.

U.S. family planning groups support such wider access, but conservative and religious groups have argued that easy availability of the pill promotes promiscuity and sexually transmitted diseases among teens and others.