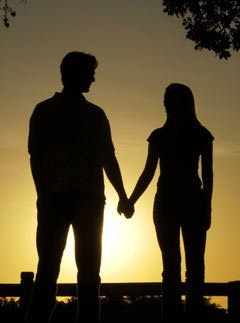 Households comprised of married couples with children are far less likely to experience consistent poverty than other households, according to data from the Central Statistics Office (CSO).

But increasingly, married couples are finding their mortgage repayments a “heavy burden”.

According to new figures from the CSO's Statistical Yearbook of Ireland, households comprising two adults living with children have the lowest rates of poverty, 5.3 per cent, of any households with children.

By comparison, 27.2 per cent of households comprising one adult with children are living in consistent poverty according to the data, over five times as high as households with two adults and children.

An individual is defined as being in consistent poverty if they have an income level which is below 60 per cent of the median national income and living in a household deprived of one or more of eight basic deprivation indicators. These include level of debt burden, quality of nutrition and ability to purchase new clothes.

The Yearbook does not break down the number of married families included in the two adults with children figure.

However, of households comprising two adults with children, the overwhelming majority, 93 per cent, are married couples.

However a new survey has revealed that almost one-in-five home buyers say their mortgage repayments are "a heavy burden" while many more are struggling to make repayments.

The survey, carried out by the Economic and Social Research Institute for IIB Bank, found that almost three-quarters of mortgage holders (73 per cent) have said that they are finding it hard to meet repayment.

The new figures are yet another indicator of the strain put on married families by mortgage repayments.

Official figures released earlier this year showed that large numbers of people are increasingly facing long commuting hours. According to the new figures, 187,000 people spend over an hour getting to work.

This represents an increase of 31 per cent over the 2002 figure of 142,000 people who spent a similar time getting to work which shows the problem is getting worse.

Other CSO figures show that this is disproportionately a problem faced by young families.

Only one in five households in Dublin contain two parent families. Much of this is explained by the high cost of housing in Dublin.

The comparable figure for commuter belt counties like Meath and Kildare is 39.5 per cent and 38.3 per cent respectively.

Meanwhile, according to a report earlier this month by the Family Support Agency, commuting and work pressures are behind an increasing number of broken marriages.