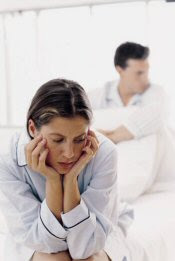 Divorce rates have jumped an incredible 70 per cent over the last five years in Ireland, but separation can be prevented by good communication.

According to a couple who help other couples in strained marriages, quite often partners cannot say the things they want to one another or they have just drifted apart and they do not know why.

Ann and Tom Shiels are organisers of a Retrouvaille weekend for couples whose marriages are in difficulty.

Twenty couples will take part in the weekend programme which began last night.

The residential weekend emphasises a new technique of communication between husbands and wives.

The weekend consists of a series of presentations about certain areas and aspects of marriage.

The couples are then able to take what they have learned from this and discuss privately about how they are feeling.

As Ann Shiels points out, the hosts are not “counsellors, rather couples that have had problems” and are living proof that communication can work to restore marriages to what they once were.

“This programme is like a jump start to a car battery, but with any car, if you don’t go on to fix it, it will break down further up the road”

Retrouvaille (French for "Rediscovery") was founded in Quebec, Canada in 1977 with a primary goal of helping couples who live in the pain and disappointment of troubled marriages.

Its programmes were adapted to English by the Toronto community.

Since 1982 it has spread throughout the world and Retrouvaille Ireland was founded by an Irish/American couple in 1996.

Ann and her husband Tom have been married for 37 years and are associated with Retrouvaille for over a decade. They assure confidentiality to all who partake in the programme.

“Everything that we are asking the couples to do are things that we do ourselves” says Ann.

“There are no group discussions and there is no need to worry if you see your neighbour or friend at one of our programmes as they will only be dealing with their own problems in private, as will you.”

This weekend’s event is fully booked with another planned in February 2008. This year they have expanded to three weekends, including one in Cork.

For those who have previously attended there are post weekend sessions designed to continue the process of marriage renewal.

The Sheils maintain that effort is always needed for a relationship to thrive.

While there is no promise that all problems will be solved over the course of two or three days, couples will hopefully understand more about the situation they are in and will be able to rediscover joy in their marriage, they say.