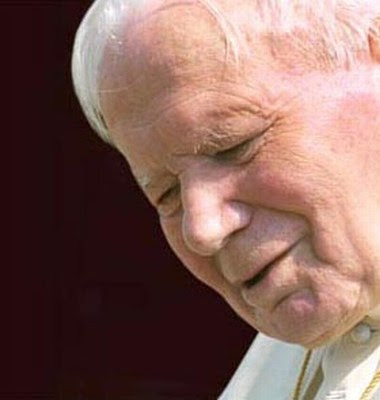 "Respectable Polish Catholics, the place from which I address you is fiery hot. At the beginning of my stay at the epicentre of fire I, John Paul II, was a little dismayed by the fact that having been a faithful servant of God, I ended up in hell along with such characters as Goebbels and Himmler," reads part of Surrend's website.

"Many think Pope John Paul II is a saint, but he didn't do anything about sex abuse of children by priests in the Roman Catholic church and this is why we think he belongs in hell," Surrend founder, Danish satirical artist Jan Egesborn told Deutsche Presse Agentur (DPA) today.

Allegations that the Roman Catholic Church attempted to cover-up priests sexually abusing children in the United States, Ireland and other countries arose in the wake of wave of lawsuits lodged by people alleging paedophilia and sex abuse by Catholic priests.

Egesborn says initial response from Poles who have seen his satirical webpage has been strong.
"For Poles it is just as controversial as the Mohamed cartoon was for Muslims," he said.

Egesborn was referring to the outrage sparked in the Muslim world by 12 satirical cartoon of the Prophet Mohamed published in 2005 by Denmark's Jyllands-Posten newspaper.

"Satirical art has a mighty force and we see people have an enormous response to it," the Dane said.