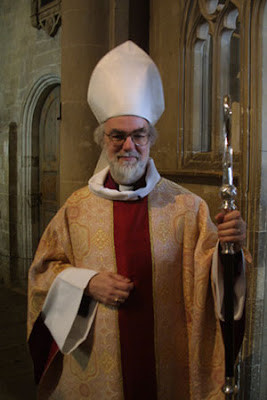 The Church of England has pledged to investigate the records of thousands of clergy, dating back decades, in an attempt to uncover unchecked incidents of child abuse.

More than 2,500 letters will be sent to previous bishops, archdeacons, bishops' chaplains and secretarial staff urging them to come forward with information on any cases of abuse or concerns that were not followed up at the time in the way they would be now.

Diocesan bishops will also review the current files of the 23,000 licensed clergy in the Church of England.

An independent reviewer will assess whether any "causes for concern" exist while urgent issues will be dealt with immediately by the relevant legal authorities.

A Church of England spokesman said it was a "belt and braces" approach to the situation.

"It's worth it. We've never done anything like this before. But there's only so far back we can go. We can't ask people who are dead and we can't do what can't be done," he said.

The investigation is aimed at incidents that occurred before 1995, when the church's first policy document on child protection was published, although new cases would still be covered by the guidelines.

The process will begin early next year and dioceses have 18 months to conduct their review.

Three people have been jailed since April for crimes dating back decades and, in each instance, the church was alerted but failed to take action.

Derrick Norris, a churchwarden at Emmanuel church in Northampton, was sentenced to eight-and-a-half years in prison for raping and abusing a young girl and sexually abusing a teenage boy.

Another case involved former choirmaster Peter Halliday, from Farnborough, Hampshire, who was sent to prison for sex offences against boys in the 1980s. He admitted the abuse 17 years ago, but left the church quietly on condition he had no further contact with children.

After the Halliday trial, Dr Rowan Williams, the Archbishop of Canterbury, said any case in which the church failed to prove itself a safe place for children was deplorable.

Controversy over sex abuse cover-ups has also dogged Roman Catholic institutions especially in the US, where churches have paid out more than $2bn (£1bn) in compensation to victims.

In the UK, Cardinal Cormac Murphy O'Connor, the Archbishop of Westminster, has been criticised following the conviction of Father Michael Hill for child abuse.

There were calls for his resignation when he admitted that, as the diocesan bishop of Arundel and Brighton, he had moved Hill to the chaplaincy at Gatwick airport after finding out about his paedophile activities.