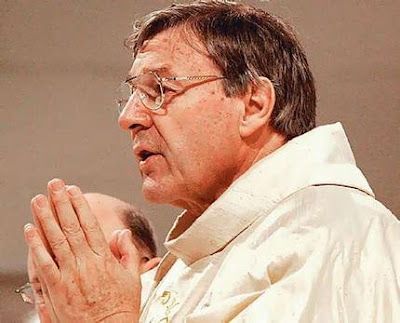 The leader of the Roman Catholic Church in Australia has said it is acceptable to discriminate against people because of their sexuality.

Archbishop of Sydney Cardinal George Pell said that comparisons between gay and racial discrimination are false.

Australia's federal elections will be held on November 24th and the religious leader's comments are an attempt to influence discussion about gay equality.

"The Greens, some Democrats and largely silent minority elements in both major parties would like to exclude religious considerations from public discussion," he said, according to ABC.

"At the heart of this attack on the concept of exemptions for faith-based agencies lies a false analogy between alleged discrimination against homosexuals and racial discrimination, and this is already beginning to appear in Australia. Whatever issues of basic justice remain to be addressed, I am not sure that it is at all true to say that homosexuals today suffer the same sort of legal and civil disadvantage which blacks in the United States and elsewhere suffered 40 years ago and, to some extent, still suffer."

"I think what we're talking about here is making sure that while we remove unfair discrimination, that we do not allow a very small part of the population to force their model for relationships to be adopted as the community norm, when it isn't," managing director Jim Wallace said.

The ACL has been leading the fight against gay equality, and scored a coup earlier this year when it hosted a webcast with Prime Minister Howard and opposition Labour leader Kevin Rudd streamed live to more than 700 churches across the country.

The pressure group is confident that it can influence Mr Rudd, the man viewed as almost certain to defeat incumbent John Howard and become Australia's 26th Prime Minister. Both the governing Liberal and opposition Labour parties appear to be keen to court the religious vote.

Mr Rudd has been comfortable discussing his belief in God, and he has ruled out recognising same-sex marriage or civil unions. During the session, which was also broadcast on Australia's ABC Local Radio, Mr Rudd was asked about his views on gay marriage by a Christian leader.

"I have a pretty basic view on this, as reflected in the position adopted by our party, and that is, that marriage is between a man and a woman," he replied.

Under a Federal Labour Government, gay couples might be allowed to "register" their relationships.

However, Labour will support changes to the law to remove inequities in the tax and benefits system that discriminate against same-sex couples. An audit of federal laws and their impact on gay and lesbian couples and their children was undertaken by the Human Rights and Equal Opportunity Commission (HREOC) and presented to the federal parliament in June.

The Australian Christian Lobby is committed to fighting gay equality.

"We reject HREOC's attempts to normalise same-sex relationships by extending the definition of de facto marriage and redefining parenthood. Such a move plays directly into the hands of activists whose long-term aim has been to redefine marriage and family," the group said in a pre-election statement.

John Howard, 68, has been Prime Minister since 1996 and is seeking a fifth term in office.

In 2004 he passed federal legislation banning same-sex marriage and earlier this year said that HIV positive immigrants should not be allowed into the country.