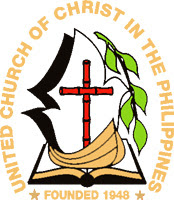 A Protestant clergyman reported abducted on Sunday as he made his way home to Biñan, Laguna, south of Manila, was found yesterday in Camp Pantaleon Garcia, near Laguana.

In a statement Cavite Police Superintendent Fidel Posadas said that contrary to early reports that Berlin Guerrero had been abducted by military men, he was in fact arrested by a team of police officers from the Intelligence Division of Camp Pantaleon Garcia.

An arrest warrant had been issued against him by the Regional Trial Court (RTC) in Biñan for inciting to sedition and murder in 1991 and 1993.

According to the statement, Guerrero, his wife and their three children had just attended a worship service and were on their way home when they were stopped at 5.30 pm local time by two white vans.

Witnesses report that two of the three occupants of one van took Guerrero. The suspects shoved him inside the van after hitting him at the back of his head with a gun and sped towards an unknown direction leaving his wife and children behind.

Dela Cruz, however, was released the next day after his abductors realised that he was not Guerrero, a former secretary general of Bagong Alyansang Makabayan (Bayan)-Southern Tagalog.

Chief Superintendent Nicasio Radovan has ordered a thorough investigation into the incident.
The United Church of Christ of the Philippines (UCCP), to which reverend Guerrero belongs, condemned the abduction stating that it is probably related to a crackdown against militants and activists defending workers and the poor in the area.

Journalists and human rights activists have suffered from similar actions with thousands killed, wounded or made to disappear.

A paper about knowing one’s enemy issued by the Filipino military had classified the Church as a leftwing organisation.

Since the current president, Ms Gloria Macapagal-Arroyo, came to power more than 30 UCCP pastors and several lay workers have been killed.