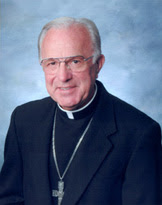 The Diocese of San Diego, California, has filed for bankruptcy protection, becoming the 5th and largest American diocese to choose that option.

The bankruptcy petition was filed late on Tuesday night, February 27.

The filing will effectively halt proceedings in the 150 sex-abuse lawsuits that have been brought against the diocese. The first of those cases had been scheduled to come to trial the following day: February 28.

In announcing the bankruptcy filing, Bishop Robert Brom said that the step was necessary in order to ensure that all victims would be compensated. After plaintiffs’ lawyers rejected a blanket offer from the diocese, the bishop explained that if the cases all went to trial, “early trial judgments in favor of some victims could so deplete diocesan and insurance resources that there would be nothing left for other victims.”

Lawyers for the alleged victims criticized the bankruptcy filing, complaining that the diocese was attempting to dodge its legal responsibilities and prevent full disclosure of the facts surrounding the sex-abuse claims.

In its bankruptcy petition, the San Diego diocese listed total assets of $100 million and liabilities of the same amount. The petition, filed under Chapter 11 of federal bankruptcy law, will allow the diocese to restructure its financial affairs, giving a federal court authority to supervise expenditures, and raising delicate questions about Church-state relations.

The Tucson diocese, which filed bankruptcy in 2004, has completed the process and emerged from bankruptcy.

In the Portland and Spokane cases-- both also entered in 2004-- Church officials are waiting for court approval of settlements with creditors.

The Davenport case was only begun last October.

San Diego diocesan officials said that they had sought to avoid bankruptcy with a last settlement offer to victims, which a spokesman described as “the highest offer any diocese has made, in terms of absolute dollars.”