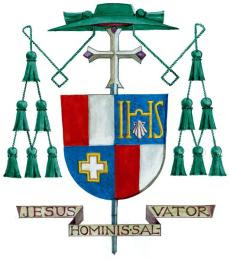 Bishop Walter Mixa of Augsburg, Germany, has stirred up a political dispute by saying that expanded government day-care services would be “harmful for children and families.”

Bishop Mixa responded negatively to a government proposal to expand the capacity of day-care centers run by the government, allowing for care of 750,000 children under the age of 3.

The proposal is aimed to encourage couples to have more children, reversing the steep decline in the German fertility rate.

However, Bishop Mixa argued that the day-care plan disrupts normal family life, encouraging women to rush back to work after childbirth, putting their children in government centers rather than shouldering the responsibility for raising their own chil 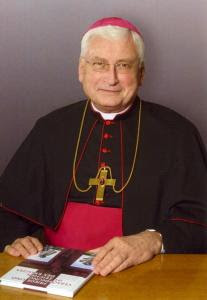 dren. “We need to create family-oriented jobs, not job-friendly families,” he argued.

“Nothing can substitute love and physical contact with the mother which the newborn needs,” the bishop said. He said that the government’s proposal reflects an assumption that both parents should be in the work force, an assumption that he called “an ideological fetish.”

The government, Bishop Mixa charged, is giving “top priority to recruiting young women as labor reserve for private industry." Using a term that had been employed by German feminists in the 1970s, he said that the proposal risked turning mothers into “birthing machines.”

The bishop’s pointed remarks drew strong criticism from political leaders across the political spectrum. The leader of the country’s Green Party, Claudia Roth, argued: “Economic independence is a victory that women do not intend to renounce. German women who had children, cooked and went to church are a thing of the past.”

Cardinal Joachim Meisner of Cologne came the Bishop Mixa’s defense, saying that day-care centers should be seen as a necessity only in “emergencies and exceptional cases.” As a rule, he said, reliance on government-sponsored child care is “a misguided development.”

However, Cardinal Karl Lehmann of Mainz, the president of the German bishops’ conference, disagreed.

Cardinal Lehmann said that he supports the government’s proposal to expand child-care services.